Although archeological finds indicate that the Maldives was inhabited as early as 1500 BC, much of the country’s origin is lost in history – most of which is as much folklore and myth as fact.

It is believed that the most important factor that contributed to the settlement of people in the Maldives is its geographical location. Massive ruins and other archeological remains found in the atolls and islands bordering the Equatorial Channel and the One and a Half Degree Channel in the sound, bear testimony to the fact that people of antiquity had indeed come upon the country during their travels. It is believed that permanent settlements were established around 500 BC by Aryan immigrants from the Indian subcontinent.  Many customs, traditional practices and superstitious beliefs that still prevail in the country also attest to the influence of the early Dravidian culture of the Maldives.

Although it is most probable that early Maldivians were Buddhists or Hindus migrating from the Indian subcontinent, the archeologist Thor Heyerdahl, who carried out extensive archeological research in the Maldives and has contributed significantly to the theories of the origins of the country, stated that some of the figures unearthed from ancient mounds bore a striking resemblance to figures he had investigated on Easter Island in the Pacific Ocean. Many of these theories, however, are still a matter of controversy. 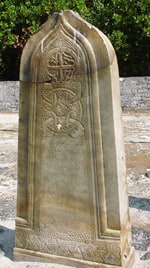 The accounts of travelers, who had stopped over (for supplies and because of shipwrecks) as the Maldives is located along the ancient marine trade routes from the West to the East, also serve as useful guides to the history of these small islands. Among these travelers were the Chinese historian Ma Huan and the famous Arab traveler Ibn Batuta. It is also understood that the Maldivians themselves ventured far beyond their own shores; Pliny, for example, states that Maldivian emissaries bore gifts to the Roman Emperor.

Islam – the present state religion of the Maldives is believed to have come to the country from the Arab traders for whom the Maldives became an important stop on their way to the Far East. The legend of how the predominantly Buddhist Maldives converted to a 100% Muslim nation is still a most popular one albeit a matter of recent controversy. Popular belief is that a Moroccan scholar and traveler, Abu Barakaat Yusuf Al-Barbaree was responsible for the advent of Islam in the country; however another version credits a renowned scholar from Tabriz – Sheikh Yusuf Shamsuddin.

Since very early times, the Maldives has remained famous for two main products – sea shells and tuna. During the time when the cowrie shell (cyprea moneta) was prized as a form of currency in many areas of the Middle East and the Indian subcontinent, large quantities of cowrie shells were exported from the country to many parts of the world. Foreign traders would stop over bringing rice, spices and luxury items in exchange for shiploads of cowrie. Maldive fish, which keeps for a long time without any change to its flavour or texture, was also very popular among traders who stopped over at the Maldives. It was an ideal source of protein for carrying on long voyages and its rarity rendered it a prized delicacy in most parts of the Indian subcontinent, where it remains a major ingredient in many dishes even today.

Although the Maldives was by far and large a quiet, peaceful port for traders, the tranquility of the islands was often disturbed by pirates and superpowers of the day. Though her brave sons saved the Maldives from most of the attackers and invaders in a very short time, the Portuguese invaded and reigned in the country for a period of fifteen years before they were overthrown by Maldivian heroes. A French sailor – Francois Pyrard de Laval, who was shipwrecked in the Maldives and stayed on for five years, recounts the events of this time in his chronicles.

In 1887, the Maldives became a British protectorate – in an unusual arrangement where the British ensured the defence of the Maldives yet were not involved in any way with the governing of the country. This close relationship with the British ensured a period of peace and freedom from foreign interference. During the Second World War, the British had forward bases in the north and south of the archipelago and in 1957 the Royal Air Force – RAF established a base in the island of Gan in Addu Atoll. This airbase was closed in 1967.

The Maldives gained fully independent status on July 26, 1965 and later changed the government from a Monarchy to a Republic on November 11, 1968.